Ringing in the new year

Hmm, At the end of one more year. It was a good year.

Many things happened, but yet seems nothing happened.

Well, next year is going to be an year for personal life. Got to work towards making myself better.
Posted by Unknown at 4:37 AM No comments: Links to this post

Today's news papers read the execution of saddam by the united status (in the name of iraqi laws). A coward has won. He did what his father wanted to do.

Somehow i am not comfortable the way Iraq is ruined by the US and its partner UK.A personal vendetta which drived all the massaccre in iraq, is shown to the public as a fight for democracy (As if GOD has given them exclusive rights to save democracy, even democracy is stinking now a days with hell lot of corruption across the globe).

The reason for hanging saddam is some 150+ cruel killings by Saddam administration. Even school kids in US know this fact (I rememeber few years back as a member of epals.com, when i participated in discussion forums with few school kids of american schools i got this opinion).

But then the IRAQ too has a reason for those killings. There were many attempts to kill Saddam. Iraq administration has executed those people because they tried to kill Saddam(I am not sure of the facts on either sides).

Think of IRAQ now, ruined lives, handicapped people, families losing their dear ones. Growing hatredness in the hearts of young Iraqies who might turn against IRAQ and may become some more LADENs.

There are 2 things that are important.

1. No one has given america a right to ruin a country.
2. America is digging its own graveyard by distrubing innocent people.

If we have to execute a person for 150 killings, probably each american need to be executed for what they did in Japan. Two autom bombs which ruined the land of sunrise. America has ruined many other nations for its own shake.

With no doubts, It is america which encouraged Taliban in afghanistan, just to curtain USSR.

They are trying to pretend as a global police, but the whole target could be just their energy needs, or power of control over the world.

UN is just a puppet in the hands of america most of the time. If not it could have barred US from security council and moved the UN presence out of US.

I dont dream big of india, because we shamelessly disowned an old friend of us (IRAQ).We are too much fond of american dollars. Are we keeping any dreams of our own? Should we let every action of us defined by the rich countries?. We are losing our cultural integrity becoming more and more western. The families relationships are soring. Rich and poor difference is growing which is causing more unrest in the youth.

We are just moving the with waves. But we need to swim against the tides to have have a bigger victory that is just enough for the nation.

Think of Germany and Japan, the way they have come up when they are ruined by the America (I am not bothered about the background story).

It is because they worked on a factor called national pride. We are seriously lacking that.

Man, we got a billion people with us, we can rule the world without any doubt. And seriously we dont need to bend in front of anyone.

I see a serious need for India and Pakistan to come together. They need to work out their issues and stand together.

Then Indian subcontentent, China and Russia will be able to take charge of the world.
Posted by Unknown at 1:40 AM No comments: Links to this post 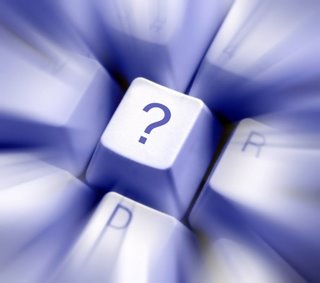 Posted by Unknown at 11:58 PM No comments: Links to this post

The year has been different as any other year. Important change being my employment with Infosys, Hyderabad (but then working from Bangalore office most of my time).

There are changes. Only thing that i have seen constant was "change" itself. :-).

I stopped fighting with people, trying to reconcile with the society and people. I dont want to be a moral police too. (i lost few of my friends because of this account). I realize that I have bigger things to do, instead of pin pointing some one else deviation from my thoughts.

The world is big, the opportunities are big, and every minute you delay costs you lot. every minute and every second is important. When i say important It is not just the time, but things that i do in that time.

I have seen lot of new poeple, new places. Learned new technologies (.Net, i am back to microsoft technologies on a part time basis).

There is good reconginzation in the work place. My learning capabilities and open ness to solve problems and readiness working with things that i didnt work etc are appreciated. I didnt grow to the extent i wanted, and also didnt utilize my capacities to fullest extent.

personal front, i moved to hyderabad. Searching for an alliance, which didnt see an end, but then i come across very interesting people during my hunt. Parents who love thier children like anything and want to give the best possible (getting a right guy who can take care of their daughter). On the other side I come across people who say "why do my father loves me this much". There is a gap in thoughts of generations. Parents look at stabilitiy of the familiy. Children look at things with different perspective. They look at their life with their own eyes (This is new thing because earlier most of the gals and boys were obeying parents at things related to their own life).
Posted by Unknown at 9:27 PM 1 comment: Links to this post

Today i happen to see Gladiator. Its one of the movies i like most. I like it because it is all about persuing one's goal against all odds. We all have something exceptional inbibed inside. Only thing is we got to look at it, and take care of our special attributes. There is nothing called "Perfect" thing is in this world. It is always about working towards perfection, that makes all our way of life.

Other thing i wanted to write about today was about the mind of female. I am damn sure will never be able to read the mind of a female human :-). Its really perflexing thought. It might be an educated one or not, kid or an adult, still its a confusing thing to understand.

At the outset they all fall for care and love, but then most often then want to be "Zahir" of the man. It is really difficult task, to say what makes a woman happy or angry. Some times i think, no woman life might be better :-).
Posted by Unknown at 9:24 AM No comments: Links to this post