Today my visit to RTO office made me sick. Oh No.. not that much of corruption. Everybody looked like interested in bribes.

But unfortunately i decided to make it on my own. I went to commissioner office and a no crime letter for my vehicle. so now i have to wait for one more week to get my vehicle NOC.

I do not understand what our leaders are doing!!!. How can such a corrupted environment exist in open?

If facilating tasks at office, is a must (or comfortable for end users), then that should be made official. Agents can do work for you officially. if we can standardize the place where we cant avoid corruption that makes sense. agents will not loose their earnings.

When i think of my vehicle registration again in Hyderabad.. it makes me dull. Am i going to be in trouble there? if i try myself.... Let me see!
Posted by Hari Mallepally at 1:59 AM 6 comments: 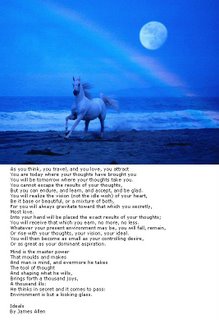 Posted by Hari Mallepally at 11:17 PM No comments:

Indian parliament is becoming a joke.

In recent times, they spent most of their valuable time in parliament not on budget, but throwing mud on each other. There was a sting operation stuff some time back, and now there is multi post altercation. Jaya bachan, sonia, anil ambani etc either lost their MP seat or resigned because of force (And shamelessly they claim it as a sacrifice).


I think we elected them to do little better things in their discussion.a country of billion people needs the parliament to discuss the people's problems and form rules for the people benefit.

None of the political party now really has time to think of the welfare of the people.

But in another sense this is really good, because they are not troubling people. let them fight among themselves and resign their jobs and again contest for elections.Atleast if they spare the private sector to work,it will be great on their part.

The rigid rules which are causing the JET and SAHARA deal into trouble is a live example.

Some times it looks like our Govt is not interested in development and at the same time it will not allow others to do it.


We proudly talk of foreign investment into india, but its nothing when compared to the investments that are flowing into China.

Another interesting thing i saw in today's news paper is that, Rabri Devi (Behar EX-CM) has shown her slippers to somebody in Assembly during some discussion.

Great i guess we should send these people to olympics or commonwealth games.

GOD Help my country, Help my leaders to grow their minds. Help my fellow indians.
Posted by Hari Mallepally at 5:26 AM 1 comment:

I wanted to try myself to get NOC for my bike. If I go through agent or broker, it will cost me around 1000/-.

The ambience is that the agents around the office, will identify those who came on work and will rush into details, how complex the process will be etc.. I have done similar work for a friend few months back paying money to an agent. Even the same agent was there in the RTO office (Jayanagar). He asked me if he can help.. ! i told him i will try myself as i have time.


The process looks not complex. i went there around 10.50 and submitted the NOC application form (in triplicate).The chassis number pencil imprint is important.

They gave some receipt (fully in kannada) and one computer printout form which needs to be submitted to police.

I have to go to commisioner office and submit this form. they will give me some receipt which might say no offence against me.

If i submit that back in RTO office (Jayanagar) then my NOC will be ready.


Looks like we do have an existing working system in good condition. But it is sorrounded by a layer which lays foundation for corruption. If we can formalize this layer or remove this layer then system will be working fine.
Posted by Hari Mallepally at 10:34 PM 1 comment:

I got a new home on net. its on googlepages. the url for this home is http://harinathreddy.googlepages.com/.

It is good to keep few pages about myself. But google pages is just like geocities of yahoo. once i had a geocities home page. fine, google pages look intesting but not that amazing.

after some gap, i stayed late in the office again. there was some interesting work.
Posted by Hari Mallepally at 11:29 AM No comments:

I am planning to move to hyderabad, which makes near to my family and especially useful because i am planning to get married in few months from now on. So now i can spend time in looking for alliance because most of the telugu gals will be in hyderabad.
Posted by Hari Mallepally at 12:55 AM No comments:

Yes, my mind is tired. may be because i lost track of my goal and compromising in life. I didnt do any work in recent days on software security.
I was doing well as a developer in the office. Though my team in US, i performed well and my code is integrated without much problems. Its nice experience.

At the same time, i dont want to loose myself. its time i need to rekindle my enthu and continue on my software security dream. I am already late, i cant take any more chances.

House construction in Bhallan pally, is not making me happy. the cost went up, and my father was not able to alert me, before hand about the needs. And finally i gave up.Its near completion, i was working hard on house to take complete shape. But now i am helpless and its upto my father to finish it.

I was chatting with debo, ravi. I see in general everybody is looking for change in their career. Actually i am not seriously looking for change. What i need is money for work. I need money disperately to run family.I dont believe in easy money. I want to work smart and earn.

A post from my other blog, which contradicts of my mood..(few days ago)


It was a relaxing weekend sponsored by DH. We had nice weekend at country club lake view. we were playing cricket, TT and some time in water. Nice lunch and little bit of drinks (Yes, i tasted some drink, i dont know the name, but it tasted like coke only) 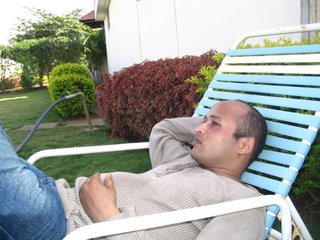 some more snaps on my photos blog

And then sunday was full of sleeping, because of the body pains.
Posted by Hari Mallepally at 5:55 AM No comments:

I came back from my hyderabad and Bhallan pally Trip.

Owner uncle told me that shashi has left early morning around 5 O clock. I come to know about Venkatreddy thatha expired last night. Its so sad. because shashidhar got job and this is the time his father should reap the fruits of shashi's success.

shashi has placed good efforts, i have seen his work as he has been staying with me for the last 1 month.


my trip was essentially to meet a gal's family. It looks it's(alliance) fixed to some extent.But for atleast a month its on hold. I am interested in marriage around november/december 2006.

The House construction, my current dream project :-) is near completion. the updated snaps are here
Posted by Hari Mallepally at 8:29 AM No comments: