In the beginning, God created the heavens and the earth. The earth
was without form and void. God created a small committee. He
carefully balanced the committee vis-a-vis race, gender, ethnic
origin, and economic status to interface pluralism with the
holistic concept of self-determination according to
adjudicatory guidelines.

Even God was impressed, and so ended the first day.

And God said, "Let the committee draw up a mission statement."

And behold, the committee decided to prioritize and strategize and
God called that process empowerment. And God thought it sounded
pretty good.

And evening and morning were the second day.

And God said, "Let the committee determine goals and objectives
and engage in long term planning."

Unfortunately, a debate about the semantic differences between
goals and objectives pre-empted almost all of the third day.

Although the question was never satisfactorily resolved, God
thought the process was constructive. And evening and morning
were the third day.

And God said, "Let there be a retreat in which the committee can
envision functional organization and engage in planning by
objectives."

The committee considered adjustment of priorities and consequential
alternatives to program directions, and God saw that this was good.
And God thought that it was even worth all of the coffee and donuts
that he had to supply.

And so ended the fourth day.

And God said, "Let the committee be implemented with long range
planning and strategy."

The committee considered guidelines and linkages and structural
sensitivities, and alternatives and implemental models. And God
saw that this was very democratic.

And so would have ended the fifth day, except for the unintentional
renewal of the debate about the differences between goals and
objectives.

On the 6th day the committee agreed on criteria for adjudicatory
assessment and evaluation. This wasn't the agenda that God had
planned. He wasn't able to attend, however, because he had to
take the afternoon off to create day and night, heaven and earth,
seas and plants, stars and trees, seasons and years, sun and moon,
birds and fish, and animals and human beings.

On the seventh day God rested and the committee submitted its
recommendations.

It turned out the recommended forms for things were nearly
identical to the way that God had created them... so the committee
passed a majority vote resolution commending God for his
implementation according to the guidelines.

There was, however, some opinion expressed that people should have
been created in the committee's image.

And God caused a deep sleep to fall upon the committee...
Posted by Hari Mallepally at 7:03 AM No comments:

Last weekend i spent in different way.
I was reading Dan Brown book "Davinci Code". It was a great book of secrets, myth, and lot more.

There is History, there is science, there is religion and also the one which i admire most - the cryptography.

I enjoyed the full book, surprised at the thoughts about Christ lineage, the secrets involved in the Leonardo Davinci paintings. The secret society which carries the truths about the Christ and his life (He is a jew and the author says its a must to get married if not its very special thing that need to be mentioned in the bible).

This story talks of Christ lineage, and especially the gal in the story sophia, and the the Robert Langdon the American iconography specialist , the a secret man who actually runs the story altogether.

Author was successful in keeping the secret as secret while giving the impression of the revelation.

At the end of the novel, things impressed me are:

The secret society,
The attempts of Constantile the Roman king to imply divine concept to jesus Christ.
Christ Lineage
The cryptex - lot of encryption methodology involved with lot of puzzles.
The church which buried hell lot of truths to keep its position safe.
The Leonardo Davinci, Newton etc the great guys involved with the secret.
Church attempt to reduce the importance of the woman (the feminine divinity :-) )
Truth about the Zero line/Rose line


Author has done a great research on the topic and i am not sure whether its about the truth or its the creation of the author.

It was altogether intersting reading, I enjoyed reading the book.
Posted by Hari Mallepally at 10:34 PM No comments:

Email ThisBlogThis!Share to TwitterShare to FacebookShare to Pinterest
How True It Is!

Another year has passed and we're all a little older.
Last summer felt hotter and winter seems much colder.

I rack my brain for happy thoughts, to put down on my pad,
But lots of things that come to mind that make me kind of sad.

There was a time not long ago when life was quite a blast.
Now I fully understand about "Living in the Past"

We used to go to weddings, football games and lunches.
Now we go to funeral homes, and after-funeral brunches.

We used to have hangovers, from parties that were gay.
Now we suffer body aches and while the night away.

We used to go out dining, and couldn't get our fill.
Now we ask for doggie bags, come home and take a pill.

We used to often travel to places near and far.
Now we get sore asses from riding in the! car.

We used to go out shopping for new clothing at the Mall
But, now we never bother... all the sizes are too small.

We used to go to nightclubs and drink a little booze.
Now we stay at home at night and watch the evening news.

That, my friend is how life is, and now my tale is told.
So, enjoy each day and live it up... before you're too old!

Author Unknown
Posted by Hari Mallepally at 10:39 PM No comments:

today was interesting day.
I along with sachin took an interview.

on the work side we had detailed discussion about how to go about the design of link analysis tool.

was a good day.
Posted by Hari Mallepally at 7:34 AM No comments: 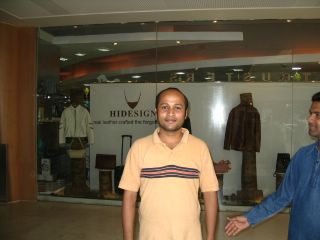 Now a days we started getting good progress on link analysis tool, that we are developing. there has been enhancement in progress knowledge (PiiE related) and also bit of java stuff too. life is bit busy but its interesting.


I had a great interaction with our PM Mr.Vadiraj yesterday.
i learned lot of stuff, how to be a good human being as well as a good employee.
never have any negative thoughts about anybody.
and never judge people by merely their words.
Have control over your tongue.

There are two ways how we interact with people.

Out of pain: if somebody says something and if we just react to it without thinking of anything, its out of pain. even if other person says something which could hurt us, we should not be just reactive. we got to think and control ourself.

Out of Power: the moment you realize the benefit of having control and having good understanding of the situations, you will get lot of power which makes you have a great will, and helps you through out the tasks that you have planned.
you get all pleasing words, and at the end you get the work done.
Posted by Hari Mallepally at 7:24 AM No comments: 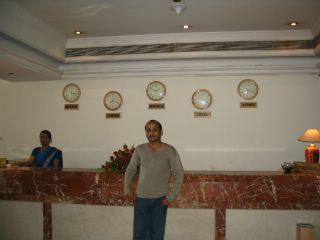 Posted by Hari Mallepally at 12:08 AM No comments: